Why Mycelium: We feature Mycelium as the best mobile-only Bitcoin wallet because of its ease of use and customizability.

Mycelium is one of the oldest and most reputable Bitcoin wallets around. It is a mobile-only Bitcoin wallet available for both android and iOS devices. It is built on an open-sourced technology, it is PIN-secured and encrypts your Bitcoin private keys before storing them at the root storage of your device. Importantly, Mycelium is compatible with multiple hardware wallets, making it possible for you to hold your Bitcoins in an offline environment. 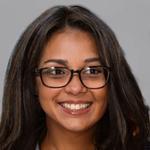